Exit & Support Network™ began in 1993 as a complete resource for individuals exiting from and researching the Worldwide Church of God or its affiliations. The founder of ESN was former WCG member L. A. Stuhlman. We are not associated with, nor funded by, any particular church, denomination, organization, or splinter group.

Read: From Victim to Survivor (Take Back the Power) by ESN Founder. 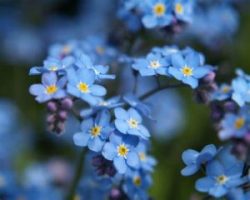 As a result of WCG’s new doctrinal changes, many began exiting the organization in massive numbers. Our OIU Newsletters™ were written to help readers understand and to expose the decades of corruption, deception and lies. They look look behind the scenes at the real activities and associations pertaining to the WCG “transformation” and their New Age agenda.

From 1993 to 1998 ESN was available full time for phone calls, consulting, and exit counseling. References and referrals were offered to those who were seeking information and/or assistance. During that time, over 180,000 copies of printed material (with important info on WCG and Herbert W. Armstrong) was mailed to researchers, professionals, ministries, and exiters.

In 1997, the first ESN website was launched. The historical background of the WCG organization was reported on, including the last six decades. This information is helpful for anyone researching the organization and seeking to understand the personal history of its founder, Herbert W. Armstrong. Information has come from a diverse multitude of sources and experts. These include prominent former members who held high positions in the Worldwide Church of God, and the National Archives in Washington D. C.

In February 2000, a reorganized and new website went up with a much expanded Recovery section, along with Mike’s Enlightenment Page, which was created for Mike (active in ESN from 2000 to 2016). Mike’s Page offers much critical information on Philadelphia Church of God, including letters from those impacted by PCG.

A year later the Child Survivor section was added to aid and encourage those who had been raised in WCG or any of its controlling offshoots.

The different sections on our site are helpful for anyone who has been affected by the WCG, PCG, or extended offshoots.

Those Helping in ESN:

ESN is composed of a few loosely-knit former members and survivors of WCG and PCG who have networked together across the country. They have willingly donated time to research, write, and review articles.

Several have attended conferences concerning destructive cults. This included receiving counseling from professionals who understood controlling churches, or became with the effects of trauma and spiritual abuse. ESN networked with social workers, researchers, crime investigators, attorneys, and ex-members in order to exchange information and gain input.

We believe that the Word of God tells us to expose false teachers and false gospels and to have discernment.

We believe in Christ Jesus’ love and grace to heal spiritually and emotionally. A personal, loving relationship with Him is what He desires, not our performance or striving for perfection.

Your prayers for the protection and guidance of this website are needed and greatly appreciated.

“Beware of false prophets, which come to you in sheep’s clothing, but inwardly they are ravening wolves.” ~Matthew 7:15