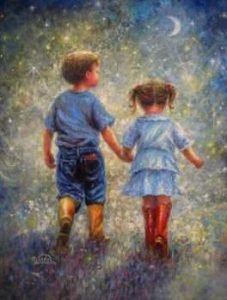 Children raised in religious cults or high demand groups have been subjected to many expectations and demands by the ministers and parents alike to create submission and conformity to the group teachings. The intense pressure to think and act in two different ways caused a cult identity (“pseudo personality”) to begin to form. This “pseudo personality” repressed their original self and was a dissociative defense which allowed the mind to cope with and adapt to the contradictory and intense demands of the group’s environment. When an adult comes out of a totalitarian group that they did not spend their life in, they are usually encouraged during recovery to connect back to their self before entering the destructive group. Unfortunately, children who have been born or raised in an oppressive or abusive group have difficulty with this as the “pseudo personality” stifled the child’s true self and hindered the opportunity to develop critical thinking skills.

Additionally, the child raised with harsh structure and discipline has had to learn to live simultaneously according to two separate sets of rules, the group teachings, which is the only acceptable worldview, and the outside world, which they also must live in. Each separate world carries with it a different value system and belief system, which caused the child to question the validity in each system and can lead them to confused and conflicting beliefs regarding both worlds. These children internalized a view that neither world is safe and became even more isolated within themselves. Accordingly, if there is corresponding physical and emotional abuse and trauma within the family structure and/or cultic environment, the child undoubtedly will not have a good sense of self or identity.

When the abusive group and the parents denigrated independent critical thinking skills, it created dependency and insecurity within the child’s personality. No questions, protests nor legitimately sad or angry feelings were allowed in either the home or the cultic group. In many of these abusive situations the child was made to feel he, along with his feelings and opinions, were of little worth. Feeling “different” and “not normal,” the child inevitably became fearful and mistrustful of authority figures such as teachers, counselors or law enforcement personnel. Since all of these had been perceived as “the enemy” they were unable to turn to them for help or relief. As the child continued to think and behave as taught within the family structure or group and in ways that are “acceptable,” then they continued to stifle their original personality and rejected independent thoughts as evil, worldly, selfish or disloyal. This greatly distorted the child’s self-perceptions, creating a framework of guilt and shame within their own mind and caused them to devalue their very own thoughts and feelings and reject them out of fear.

Children who had a strong temperament in the group, even considered “rebellious” or “resistant” by the leaders or parents, may fare better in making an effective transition into society after they leave. If they can connect with those feelings and behaviors that were not approved of by the group; i.e., wanting to buy some needed clothing instead of sending in their tithe or desiring to engage in a fun sport instead of sitting and reading on the Sabbath, this may show them something genuine about themselves. Part of understanding “who” they really are can even be as simple as realizing basic things about their own personal tastes. What is my favorite color? Do I have any hobbies or specific interests? Do I prefer dogs or cats? Do I like summer or winter? If I could go anywhere in the world and do anything I want, what would it be? Those basic insights into oneself can help the child survivor to understand that there really is an original self who has personal likes and dislikes, thoughts and viewpoints, interests and hobbies.

The child survivor may also find it helpful to sort through their experiences they had while growing up and evaluate their positive and negative experiences, the abusive and the non-abusive, the true and the false, the happy memories and the unhappy, instead of throwing away the entire history of their life. Throwing it all out leaves a void of emptiness and doesn’t allow for the integration of the past experience into their present life. This sorting process takes time. Trying out new things to see what you enjoy and what you seem to have a talent for is also helpful. All these allow the survivor to identify with their original self, or build a new identity based on ideas and hopes that come from their own heart and mind and that have not been handed to them to be accepted unquestioningly.

Our Original Personality Is With Us Forever

Some that have counseled those from cults maintain that our original personality is with us forever and that mind control cannot erase it. Therefore, even those born into cults will have an original self, although it was suppressed by the mind control and abuse of the group. The development of the “true self” was delayed, and there will be developmental lags, but as the mind is set free from the influence of the group, that self will begin to tentatively emerge and will grow even stronger as it is nurtured along by the “adult self” who is in recovery.

When a child survivor understands that they were born as a separate and distinct entity and do not have to remain a sum of their abusive experiences or be what others have told them they are, this can be very comforting. As they step out and make their own choices, they will be able to see who they are and who they are not and that they do not have to remain a shadow of a destructive organization or have a “pseudo personality” the rest of their lives.

Finding Your Real Self

After leaving a mind-manipulating group that you spent years, or even a lifetime in, you can feel like you don’t know who you are. To try and find your “real” self you need to look carefully at yourself and try to notice any talents and gifts that you have. Everyone has something they are good at. Friends or family that are close to you can help you with this because they will probably see things about you that you aren’t noticing. Think about what things you are interested in and ask yourself questions such as: Is there a particular job I would like to be in? Do I want to go to college? What hobbies or interests do I want to pursue? Do I like a certain recreation? What makes me happy? What would I like to do? These are the things that are real “you” and are a part of your true personality that you were born with. Write these things down and think about them. The group controlled you and tried to shape you as they wanted, but you can make a new life for yourself starting today by making good and responsible choices and pursuing your interests. The more you do this, and the more you build new experiences for yourself, the more you will not only gain your “true self,” but you will develop a “new you.” Our real “self” is continually growing, especially since we got out of the group.

Make friends with those that accept and love you and don’t hang around with those from the group you left if they are dragging you down, or triggering you back into the cultic mind-set. Learn how to set boundaries and be on the lookout for those who try to control you, treat you badly, and do not respect you. These are abusers and you do not need them in your life.

Healing takes quite awhile, and if you feel you need further help, it can be beneficial to have a good therapist that is knowledgeable about cultic abuse and trauma. However, make sure the therapist does not try to control you, but instead will empower you. Get all of your questions answered ahead of time.

By N. A. (former WCG member) and Rochelle (Child survivor of WCG) 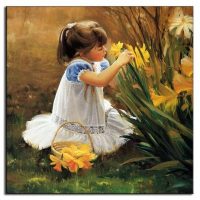 “And the day came, when the risk to remain closed in a bud became more painful
than the risk it took to blossom.” ~Anonymous