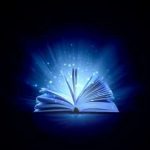 Before being invited to attend services, people will be asked if they have read Malachi’s Message to God’s Church Today (which is considered “new revelation”) and if they agree with it. How true is the information in this book? The following will show it contains fallacies, contradictions and plagiarizing. [Note: Insertion of offsite links does not necessarily mean an endorsement of all views or beiefs on that site.

Note: Malachi’s Message is one of the books that is listed to renounce on “Confession and Freedom From Specific Cult/Occult Strongholds.”

Purpose of Malachi’s Message Was to Warn the Laodicean Church

“Mr. Armstrong also told an evangelist a couple of days before he died that ‘the gospel has been preached.’ “…

“The world needs to be warned now more than ever before! But God knew the Laodicean Church would not do the job. The prophecies tell us that. …

“So the gospel commission to the world was finished when Mr. Armstrong died. But there is still a work of warning the world. Now the Philadelphia Church will have to warn the world and the Laodiceans. The Laodicean work is failing in its commission—to God’s Church and to the world! Therefore, the Malachi message has become necessary. Through the Philadelphia Church, God is warning the Laodicean Church to repent! (Malachi’s Message, chapter 9, “Malachi’s Message,” p. 132)

Did Gerald Flurry Plagiarize His Information in Malachi’s Message?

On September 26, 1990, Jules Dervaes wrote Gerald Flurry a letter by certified mail, saying that Flurry plagiarized his material when he [Flurry] wrote Malachi’s Message. The letter (with proof of delivery) is no longer online but it can be read on this site. [Note this link goes to Wayback Machine]. Search for “The Letter to Laodicean.” Also, search for “Here is a 1990 letter from Jules Dervaes to Gerald Flurry warning him of plagiarism.” Below the letter and comments there will be “Letter To Laodicea v. Malachi’s Message (side by side comparison)”

Note: ESN also retains a copy of this 1990 letter when it was posted online. Read it here.

Update: Jules Dervaes was disfellowshipped from WCG in 1986 for questioning the new WCG teachings. He died December 27, 2016.

Read: Stephen Flurry said his initial thought after reading Malachi’s Message was that his dad was crazy.

Read: Gerald Flurry Relied on Helen Amos for Much of His Prophecies (This 2017 letter talks about how Robber’s Cave was supposedly the place where Stephen Flurry read Malachi’s Message for the first time and “saw the light” and was baptized.)

Gerald Flurry: A Religious Fraud (Very interesting testimony about MM and ministers who saw it was flawed)

Is the Philadelphia Church of God Now the Laodicean Church?

Back to Articles on Gerald Flurry