Following are testimonies by those who heard the three-hour video sent to all congregations when Worldwide Church of God’s new doctrinal changes were made.

Be sure and read: Video Sermon by Joseph W. Tkach to Worldwide Church of God Members, January 1995 which shows the confusing, contradictory and blame-filled way this message was delivered to the members.

Also read: I Tried to Speak Out About the WCG Duplicity and Paternalism (2006 letter to ESN which covers what happened during the WCG changes)

UPDATE: Worldwide Church of God changed their name in 2009 to Grace Communion International in the United States. (Some local church areas and countries may still carry the former name or a different one.) 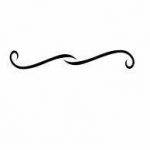 I well remember the day we finally got that message. It was January 10, 1995. Our pastor had kept the changes from us as long as he could and many of us, myself included, didn’t see this coming. I had heard talk of headquarters changing doctrines, including the Sabbath, but I regarded such as from the rumor mill. It was around early April that we were exposed to the taped message.

The only reaction I recall within my congregation (after the video was played) was a stunned silence. Nobody that I know of talked about it openly. Our conversations avoided the subject.

Within a few days after we saw that video I went on a journey into the Southwestern states. It was in phone calls home that I learned of the mass resignations.11 So, I guess there were plenty of discussions not visible to many of us, most likely behind closed doors.

I also think many members were simply afraid to talk. It was, after all, a religion of fear. Finally, very slowly people began to open up and discuss “Grace,” which wasn’t a very familiar topic to us.

The WCG leadership is never going to be honest. It’s just not their nature.

By Will (former WCG member; author of The Truth Must Be Told)

My child was only a baby at the time and I had just returned to services for the first time. I remember hearing people talking about “the showdown in Atlanta” where Tkach was going to “set this minister straight” for causing division. I asked one of the mothers (whose relatives lived in Texas, and who had just returned from a visit) what everyone was talking about? She said, “Oh, you didn’t hear about all the changes?” And I said, “What changes?” She said, “We just got back from visiting relatives in Texas, and you wouldn’t believe all the things that they’ve changed down there.” And I said, “What?” and she said, “Everything. We’re way behind on this stuff.”

I watched almost the whole video from the mother’s room. Afterwards, I went back into services. I recall when it was over, it was kind of strangely quiet. Nobody seemed to know what to say. Then one young fella that was in charge of the sound system piped up and jokingly said, “Hey, anyone for a pepperoni pizza?” and people turned around and glared at him. He quickly stopped chuckling when he realized the dirty looks he was getting. I did not see anyone cry, nor did I see anyone being angry or having an outburst. I think people were more quiet and reserved–more like traumatized or shell-shocked. I think nobody really knew what to think. Then the normal talking noise began to resume. I don’t recall anything dramatic that stood out. Just a normal Sabbath service otherwise. Nothing where one could say, “The Holy Spirit opened everyone’s eyes and it was an incredible experience to see all these people understanding grace for the first time!”

Nobody really thought too much about the video because many of us felt that nothing had really changed, only we weren’t going to be disfellowshipped. The laws were still in place, only they weren’t so stringent. In other words, we still kept the Sabbath, but a person wouldn’t be disfellowshipped for getting a job on that day. We shouldn’t judge other Christians for eating unclean meats, but we won’t eat them. Tithing wasn’t required, but we were still considered stealing from God if we didn’t do it (now that was as confusing as anything could get); there was no salvation offered on the video, only a relaxation of standards and policing of the standards. We felt it meant that we had to be less critical of others, and less critical of those who called themselves Christian. There was nothing out of the normal when that sermon was given. What ensued in the months after the sermon–when the “Nature of God” thing was adopted–is when we saw camps being divided. The more questions people asked, and were being shamed for, the bigger the rift. For instance, I recall the question, “If we’re no different than others, then why should we stay here?” HQ (Joseph W. Tkach) said, “What kind of carnal question is that? This is the church God put you in, so this is the church you should stay in.” I think people were finally beginning to see that something underhanded was going on and that HQ wasn’t being as open and honest as they tried to make everyone think they were.

By Kelly Marshall (former WCG member; author of A Critical Review of Mystery of the Ages and other articles on the site)

Since I was not in services the day the video was played (I only remember watching at home later), I did not witness what happened immediately afterwards in my congregation. But I can tell you what happened during the weeks following this video.

As I recall, I overheard some conversations of some of those that were “committed” members, saying things like: “They are saying all these things without proving it” I remember some of the members ruminating on what they were going to do–meaning would they stay or leave. A few members were angry, but mostly they were confused about the “changes.” I remember some that appeared overjoyed by the “changes,” but they seemed kind of self- righteous to me as if they were finally living! Some of the younger families were talking about Jesus a lot and wanted more modern praise music. They got what they wanted for a while, but then they left, while the old timers said that those who wanted the changes didn’t stay anyway.

I didn’t see any tears personally in anyone except maybe in personal conversations with some of the poor souls that I could see were hurting and confused–something the leaders were in no way interested in. I’m sure there have been accusations about the congregations about all kinds of things that weren’t true. The leaders just wanted to do their thing and to “H” with the rest and their opinion–just like always. I remember confusion,2 and personally for me, I remember slowly realizing that they were pretty much liars and that some of the old timers who had been in the church for decades were most likely covering up, just like the hierarchy. As I think of it now, I think that’s pretty sad. As if the members really mattered to the hierarchy anyway.

An Open Letter to Joseph Tkach, Jr.
Forthright letter which boldly confronted Tkach about the way the changes were made; covers double messages, half-truths and guilt placed on members during the changes; abuses of members; mentions Earl Williams.

1 One year later there were over 100 ministers disfellowshipped by HQ.

2 Confusion was the result of the mind control endured while in the group.

Back to Worldwide Church of God Expose` (many articles)