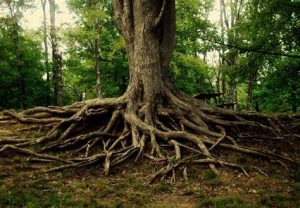 During the Ministerial Conference in May 1974, Herbert W. Armstrong (HWA) applied Paul’s statement from Galatians 1:11-12 to himself: “The gospel which was preached of me is not after man. For I neither received it of man, neither was I taught it, but by the revelation of Jesus Christ.” Then Herbert added: “I say the same thing, brethren!” Not wanting to be outdone by Paul, Herbert claimed that he too learned “by the revelation of Jesus Christ.” He went on to say, “I was not converted as the result of the teaching or preaching of any man.”

The Origin of Herbert’s Unique Doctrines

The truth is, however, that many of the teachings of the Worldwide Church of God were plagiarized from other religious leaders and were not “revealed” personally to Herbert by God, as he claims. Consider for a moment that a Seventh Day Adventist publication, Prophecy Speaks, was reprinted almost verbatim with many of its gross inaccuracies in Herbert Armstrong’s Proof of the Bible booklet. (Read the article “Herbert Armstrong ‘Disproves’ the Bible” for further information.1)

Much of the material in HWA’s book, The United States and British Commonwealth in Prophecy (copyright 1967), was extracted nearly verbatim from John H. Allen’s book Judah’s Sceptre and Joseph’s Birthright (written in 1902). Rather than give Allen the credit he deserved, HWA claimed God had revealed to him the “master key” that unlocks the meaning of the Bible’s prophecies. He stated that this special key was “the identity of the United States and the British nations” (The United States and British Commonwealth in Prophecy, 1967, p. 8). However, the British-Israelism theory, which taught essentially the same thing as HWA wrote in his book, had been in existence at least 50 years before Herbert ever came on the scene.

On at least two occasions different Ambassador College employees have discovered boxes in Herbert’s basement containing magazines entitled The Remnant of Israel, as well as a great deal of other related religious material. All this material was published by G. G. Rupert (1847-1922) of Britton, Oklahoma. When we compare Rupert’s beliefs with Herbert’s, we find them to be identical in many respects. (This subject was researched for the WCG in a paper written by Richard C. Nickels in 1972.) Some of the teachings that Rupert and Herbert Armstrong both advocate are: tithing, observing the sabbath and the holy days of Leviticus 23, keeping the Ten Commandments, observing the Passover on Nisan 14, church eras, a form of British-Israelism, the correct name of God’s church is “Church of God,” man doesn’t have an immortal soul, Christians shouldn’t observe Christmas and Easter, the holy days foreshadow God’s plan, anointing and laying hands on the sick, sending anointed cloths to the sick, avoiding any military service, not voting, not electing church officers or ministers, there is only one true church, not eating unclean meats, the end is near, and singing psalms rather than the traditional Protestant hymns. (See The Remnant of Israel by G. G. Rupert, April 1919, June 1919, Sept. 1921; also see Is There a True Church Organization by G. G. Rupert, written in 1919.)

The significance of this discovery is that it shows Herbert’s main beliefs were not uniquely revealed to him by God but were simply taken from other ministers and publications and pawned off as his own unique, divinely revealed teachings.

At the May 1974 Ministerial Conference Herbert Armstrong continued to perpetuate the idea that all his beliefs came directly from God: “I did not go to any minister, to any seminary, to any religious school, to any religious denomination, any man or group of men, but I was taught by God in his Book.” The truth is that HWA ripped off the research and teachings of others and palmed them off as his own, and. then even had the audacity to claim that God had something to do with it!

Adolf Hitler stated in Mein Kampf: “The great masses of the people… will more easily fall victims to a big lie than to a small one.” Herbert had duped many with his “big lie” regarding the origin of the teachings of the Worldwide Church of God.

Herbert and His Association With the Church of God (7th Day)

A second “big lie” that Herbert tells is that he was never a member of the Church of God groups with whom he associated: “For some years I worked in cooperation with the Church of God…. I never joined them-never became one of their members” (member letter, May 2, 1974, p. 2).

The following quote is from a letter written by HWA to the Salem Church of God on January 29, 1934, just three weeks after his true church had supposedly begun:

“I hasten to follow your suggestion, and enclose herewith my acceptance of the ministry of one of the Seventy.” The acceptance states: “I am anxious to begin on the ministry… in the one body, and am determined… to live and teach the commandments of God and the faith of Jesus, as found in the Holy Scriptures, and as outlined in the Constitution of the Church of God…. Will you please record this my acceptance, and have credentials issued to me….”

Note that HWA acknowledged that they were “the one body.”

In a letter to Salem, West Virginia, dated August 15, 1934, HWA affirmed that his views were “in harmony and accord” with their “40 Points of Doctrine” and that his teaching was “not out of harmony with that of the other ministers of the church.”

Elder Straub, one of Armstrong’s fellow ministers in the Church of God who now lives in Lodi, California, was contacted by telephone in early 1974 by Martin Lieber. Here’s what Elder Straub said on the subject:

“Just the other day … when I talked to Brother Helms I said. ‘Why he [HWA] claimed he never took any money from the organization.’ He [Helms] said, ‘Oh, that’s a big fib…. Everything he ever got never got to any place else but him-he hung on to it pretty tightly.'”

Elder Straub continued, referring to a confrontation with Herbert in 1935:

“When he [HWA] said that he never received that money, Elder Haber [the treasurer] went to his briefcase and he got a check, over $500. It was over $500 which was cancelled by Herbert. He said. ‘Herbert, what is this here? You never received any money from the organization? What is this here?’… That was too convincing, I mean, that was an open falsehood.”

Chris W. Royer of the Church of God (7th Day), Salem, West Virginia, office stated in a letter to Bill Hughes, dated July 22, 1976, that “it is time consuming to go through old records. However, in our ledger we’ find that Mr. Armstrong received pay as late as March 1937.”

“I received no salary or remuneration of any kind from either the Salem or Stanberry organization.… The story that I went out from them… is 100% false! I was never even a member of them” (member letter, May 2, 1974, p. 4).

Herbert did leave the Church of God, but why? Did he have a genuine conscience problem over a doctrinal point? Officially, “it was basically his teaching on British Israel and the observance of the Feast Days which led to his separation [in 1938] from the church” (Kauer letter, March 19, 1974). At the Ministerial Conference in May 1974 HWA claimed that he didn’t leave the Church of God because of doctrinal reasons but because he merely got so busy that he “just didn’t have time to work with them anymore.”

In an April 1939 Good News article (p. 7) he justified his leaving the Church of God and starting his own work by declaring:

“Our heavenly Father never planted any super-organization, or established any church government, or set men in authority over either spiritual or financial affairs, in the New Testament Church.”

Now that HWA’s church organization has grown large and wealthy, he has disavowed his 1939 statements.

So by Herbert’s own admission, he “fell away” from what he stated was the one true church of God. Remember, HWA said the Philadelphia era began in August 1933 (The Autobiography of Herbert W. Armstrong, p. 492), and yet on January 29, 1934, he affirmed in writing that the Salem Church of God was “the one body”–God’s one true church.

Here, perhaps are the real reasons why HWA left the Church of God as put forth by some of his fellow ministers:

John Kiesz: “The real reason seems to have been because of his uncooperative attitude…. Nobody can work with him.”

Brother Helms: “Herbert wouldn’t study…. Herbert was always the big man and everybody else was the little man.”

Elder Haber: “He [HWA] said that he didn’t have to pay any attention to anybody.”

Elder Straub: “Here was the point. We put him on the radio. It was the church…. But he wasn’t willing to study with the ministers, and what the Church of God was teaching…. There was no way of reasoning with the man…. He had his way, he ordered the people….

In 1935 the ministers offered him a study [of British-Israelism], to sit together and study it out; they wanted to know. And he flatly denied and said, ‘There will be no study. I’m going to preach what I think should be preached.’ He’s definitely an independent man that takes nothing from nobody…. He won’t listen to any reasoning. What he says just goes. How can one man be so sure?”

It is obvious, then, from history and from the mouths of several different individuals that HWA did not receive his teachings from God by revelation and that he was both a member and minister of the Church of God–which he called the true church and which he left.

“That we henceforth be no more children, tossed to and fro, and carried about with every wind of doctrine, by the sleight of men, and cunning craftiness, whereby they lie in wait to deceive” ~Ephesians 4:14

Note by ESN: Herbert Armstrong also plagiarized and copied many of his doctrines from the Jehovah’s Witnesses, Mormonism (which has occult roots), and 7th-day Adventists, along with distorting historical church documents. For evidence of HWA’s copying from the Jehovah’s Witnesses, read chapter three, Pt. 2 and chapter six of “Mystery of the Ages (a critical review)” by Kelly Marshall (search for the word “Watchtower”) and for his copying from Mormonism, see chapter two of the same review (search for the phrase “Latter Day Saints). (PDF)

Gene Scarbrough, who was ordained a WCG elder in 1967 and went to Pasadena the same year to serve in full-time ministry, had a daughter who spent time with Loma Armstrong. The following was related by William Dankenbring, who knew Scarbrough:

He told me that years ago his daughter Peggy, spent some time visiting with Mrs. Loma D. Armstrong, who took a liking to her. While they were together one time, Mrs. Armstrong reminisced about how the Work and Church began. While reflecting on how the ministry of her husband Herbert and his eldest son, Richard David Armstrong, originally got started, Mrs. Armstrong told Peggy, “They got into it for the money!“ … Another friend corroborates the above story in part. … Herbert–who all his life wanted to be considered succesful [sic] in business and make lots of money–told his wife, “Honey, I now know how we’re going to get rich!” –Excerpts from “How Are the Mighty Fallen” by William F. Dankenbring (born 1941), former WCG minister and writer. [bolding by ESN] (These excerpts are not an endorsement of all of Dankenbring’s doctrines or prophetic speculations.) Note: William Dankenbring died on August 29, 2017.

Herbert Armstrong Ministry 1930-1986
Documentation of HWA’s history of lying. Also lists at end many of his false prophecies.

Didn’t the organizations which HWA copied from have some of God’s truth?

The Deceitfulness of Herbert W. Armstrong (covers his plagiarizing) [offsite article; scroll down]

Back to Herbert W. Armstrong (many articles)