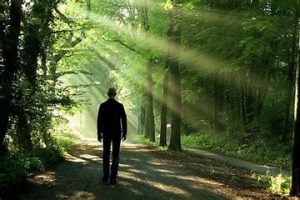 Different people leave in different ways. Some WALK out. Some get KICKED out. Some just BURN OUT. Others GROW out. Still others FIND OUT or get COUNSELED out.

This article includes: Stages in Leaving the Cultic System.

Also read: Common Spiritual Difficulties After Leaving a High Demand Group. The method of exiting does not determine the trauma1 experienced after leaving.

STAGES IN LEAVING THE CULTIC SYSTEM

The control in the cultic system is so strong that people report they have been affected for years afterwards. It is for this reason that the WITHDRAWAL STAGES should be well understood by everyone.

This often begins almost immediately after acknowledging something is wrong. The mind and will may be completely taken over by the logic presented by the members and leaders. However, the gut feeling, emotions, or conscience often indicates that something is not quite right.

This doubt causes a feeling of guilt which the person attempts to stuff and deny. The guilt drives him or her to deeper resolve to “do right” or submit and to ignore any information that conflicts with the leaders’ message. However, the conscience continues to exert itself causing the person to question things. Most people don’t know what to question. They may question the “standards”, the existence of God or the truth of the scripture. They rarely have enough wisdom to question the history or the doctrine of the group.

The person will give lip service to the group but in reality often behaves or does things that are against the rules. This causes even more guilt and more resolve to “get right.”

STAGE FOUR:
If the person is observant and alert, he or she may notice some discrepancies between what the scripture says and what is done within the group. Or he may hear of a scandal or problem that bothers him. This may worry some people but many others just think, “Oh, well, the people aren’t perfect but the WAY [or “God’s government”] is perfect.” Or “Oh well, what can I do?” or “Oh well, God will take care of it.”

The person may hear of the history of the church and begin to wonder why he was lied to regarding the founder of the group. An inquisitive person may begin an investigation. At this point, the person usually becomes very quiet and fearful about letting others know of his questions. By this time he has found out that it is socially unacceptable to voice any doubts.

The denial stage in which the person decides to ignore all the warning signs. They are actually afraid of or angry at anyone who has information that exposes the deceit of the organization. Some people NEVER get past this stage. They are hostile towards any information that spotlights the deceit and errors of the group.

The “Don’t know what to think” stage. MANY people get stuck here. They will try to figure things out on their own. They are suspicious of everyone. They don’t trust the friends or ministers and they don’t trust themselves. They don’t trust traditional Christianity. They don’t trust the information that exposes the group. They may not trust the scripture and might try to find reasons to believe the Bible wasn’t translated correctly. This stage is very critical. The stress of it can cause illness, anxiety, nightmares, emotional problems, marital problems, divorce, and destructive accidents because of so much mental preoccupation, suicide [suicidal feelings], hostility and anger. Some report a problem with nausea, clenched teeth or other outward signs of tension. This stage is extremely painful and frightening. Usually the longer a person or his family has been in the group, the more painful it is. At this stage, some people try to reason with the leaders. They will either arrange for visits or write long agonizing letters. Some hope that they can change the system or get some members to agree with them. They are AMAZED at the total inability of the members to hear what they are saying. However, some members will agree with their arguments, pat them on the head and try to smooth their ruffled feelings.

The state in which a decision is made to leave the group. The person may go in several directions. They may become angry at God, or become an agnostic or atheist. They may try to start their own spiritual quest or church in the home. They may reach out to secular psychology for relief. Or, they may hook into another cult. They may decide to just let the spiritual part of their life hang in mid-air for awhile. Some people get stuck in a yo-yo syndrome: they will leave the group, go back to the group, leave, go back, leave and go back. They rarely ever figure out what the group believes or even what they believe. Or, they may become born again as a result of doing some intense praying, in-depth study and reaching out to normal Christian information. This stage is extremely crucial. If a married couple doesn’t agree or reach this stage together it can destroy their marriage. Almost total rejection from the group and family inside occurs if the person announces his new allegiance to Christ instead of to the cultic system.

The state in which the old personality disintegrates and a new one is formed. The person will get rid of old clothes, old hairstyles, old possessions. Some people experience a lot of anxiety in adjusting to a new identity because their whole self concept was so closely tied to the group attitude towards themselves. New interests, charitable activities and hobbies are found. Bible study and Bible classes become the new excitement if one has been born again. The person rejoices at every new day and has a sense of peace. The world looks beautiful, people seem wonderful, nature seems to glow with the power and beauty of God. If a satisfactory church is found the person finds a great deal of happiness.

The person is in constant amazement at the difference between the old life and the new life. The person is able to pity those who are still in the old group and will eventually be able to laugh about his old experiences. The person will often want to reach out to others whom he has known while in the group. He feels a strong need to talk about the experience in order to understand the strong emotions and confusion he felt while inside the group. Talking to other ex-members seems to be the best therapy for those going through this process. Writing down what one has heard, experienced and believes [is also very helpful].

~Adapted from an article originally posted by the late Jan Groenveld of Cult Awareness Center in Australia. (Words in brackets inserted by Exit & Support Network™)

1 Trauma after exiting an abusive group is in the mind and has often been referred to as a “rape of the mind.” Child survivors experience changes in self-esteem, with identity issues being a major concern.

How to Get the Group Out of Us