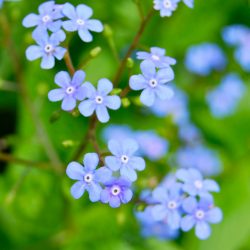 Growing up in the Worldwide Church of God or Philadelphia Church of God has caused tremendous pain and discouragement. In its wake are many internal scars: shame, guilt, anger, depression, phobias and helplessness. When anyone suffers psychological trauma, it affects their basic capacities for intimacy and trust. Complex post-traumatic stress disorder is one result of being raised in WCG, PCG, or any similar controlling offshoot.

Herbert Armstrong’s WCG and Gerald Flurry’s PCG were never “the one and only true church” as they professed, but were instead, an exploitive, abusive organization that used “religion” to con people and instill in them fear, guilt, inferiority, shame, etc. Many were devastated in the process. The “church” with its hierarchal structure, which programmed those inside through fear of punishment, had a strong emphasis on perfectionism (no mistakes allowed; no questions asked; no disobeying the “government.”) This fostered a myriad of destructive emotions in the children, including hatred toward self, lack of confidence, inability to make decisions, a need for love and acceptance (and at the same time a fear of, or inability to have, close relationships), and a pattern of becoming involved in controlling and injurious relationships.

As a result of being born into these groups (or taken in at a very young age), the children had no control or say-so over what happened in their life. They were watched and judged by parents, ministers, and members. They were made to feel they didn’t quite measure up, or could never be good enough. This caused them to try to “earn acceptance” and “earn love.” However, no one can ever “earn” true love. Those that love us will love us for ourselves and not for what we do for them or how we perform. This kind of unconditional love is unknown in the group.

Each person that grew up inside has had to go through the arduous task of learning anew how to value themselves as a human being with worth and become capable of making good decisions. This is very difficult because of all the years that the leadership and parents spent controlling them, preaching, teaching lies, not showing love or patience, and beating them into submission. Children raised in WCG, PCG, etc. were often made to feel they were “lazy, horrible and worthless.” These abusive groups pressured children to serve with no true appreciation of their gifts and talents, and they offered no grace or mercy, only more rules, more performance, and more self-degradation.

But child survivors don’t always have to be categorized as “someone from Worldwide, PCG, etc.” or feel that they will never fit in with others and will always be rejected. While it is often a hard struggle to recover, it is possible to begin healing from the ordeal, gain new coping skills, and to eventually start fitting in more and more with the culture. It is possible for them to begin seeing themselves as people who matter, instead of just being a “victim.” Most importantly, comprehending how God sees us because of what He has already done for us through the Lord Jesus is far different than these controlling “ministers” ever caused the children to see themselves as.

“I’ve learned so much from my experiences in WCG, but mostly I’ve learned how Jesus allows us all to keep our humanity, even in the face of evil and mind control.” By child survivor of WCG

Humans are known to heal in the context of compassionate, supportive relationships; i.e., with those who are not controlling or abusive; those who believe in them, validate their experiences, and who can help them to respect themselves and have a more positive outlook on life. Many times this person will be a caring and qualified counselor who has knowledge of the effects of abusive groups and/or complex post traumatic stress disorder and who can enable them to gain the coping skills they need in order to come to terms with things, including addictions and phobias.

As child survivors learn not be so hard on themselves, and to see they have options and choices in their life, they will be able to overcome self-defeating behavior, mature, and to start making friends (male and female) that are good for them without feeling they have to try hard to “force” loving relationships. They will have the insight and maturity to avoid being drawn into emotionally and verbally abusive, controlling relationships that they experienced in the past, and which ended up further destroying their self-worth. Each day they can choose to make decisions (even learning to say “No”) and to become more empowered as an autonomous individual.

Child survivors must also come to understand that no person will be able to fill all their love needs all the time. Only the Lord Jesus can do that and His love is a permanent, unchanging love that does not demand performance in return. Unfortunately, the children never learned about the true God of love in the group.

If survivors continue to find it difficult to recover and to begin enjoying life, they should not hesitate in seeking help from a competent, professional counselor who has a knowledge of mind control or abusive groups and trauma, or who is willing to understand the experience.

There is hope for child survivors that they can build a better life for themselves and develop non-abusive relationships. When they begin to understand that they have the power to make changes in their life, they will no longer feel hopeless and powerless.

Note from ESN: It is very common for child survivors to have many problems with trust and to not comprehend what real love is nor to recognize the difference between an abusive/controlling relationship and a non-abusive one. This is due to the programming that was placed in their minds at a young age. After exiting, these lies need to be rooted out and replaced with the truth.

Because God Loves Me