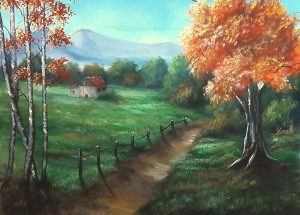 I don’t pretend to be a Bible scholar, nor an expert in thought control techniques. But what I have been was a member of Worldwide Church of God and Philadelphia Church of God for 30 years.

I was quite young when I first saw The World Tomorrow program. As I listened to Garner Ted Armstrong, he was so very persuasive and confident. My family reacted almost violently, but they had no real argument to prove anything right or wrong. The minister in the mainstream church we attended was so busy bending over backward trying to be “tolerant,” that he never proved anything either, except that he couldn’t properly defend what we always had been taught. So, I was pretty much left alone at the mercy of “experts.”

I sent away for the Bible Correspondence Course (which came every month). Every question had its proper answer. One Scripture here, one half a Scripture there, strung together to make a belief system that sounded perfectly logical. We were required to write out every question and answer for ourselves. Our tests were always sent in for grading, and I was proud at how well I did. It never occurred to me that most of the Scriptures were taken out of context. We were taught that God revealed His Truth “here a little and there a little.” That meant that it was hidden in the Bible, and only the “true leader of the One True Church” could put it all together properly.

We were never encouraged to read even the whole chapter that each Scripture was in, so that we might come to understand what the writer was really saying. That didn’t matter. The writers of the Bible were supposedly ignorant of the true meaning of what they were writing. It was all for us in the “end time.”

Felt We Were Special

When the “church” was done teaching us, we pretty much swallowed everything coming from headquarters as New Truth. No one else in the whole world knew what we knew. We were special and set apart. We would be protected from the horrors of the Great Tribulation, and then rule with rods of iron in the World Tomorrow!

But did I really prove any of the teachings? No, I didn’t. It isn’t proving anything to follow someone else’s lead in reading the Scriptures. I never took a Bible concordance and read everything on any topic. Never. I got married and we struggled to make ends meet. It was impossible. Year after year, at the Feast, we started another “gun lap.” Year after year we were told to “tighten our belts.” We were eating beans and going into debt, while the “Elijah” was living in luxury. We were told that he must have the “very highest quality” of everything, because he “represented God” to the world. Doesn’t Jesus Christ do that?

And year after year after the Feast, I cried because I knew the bills could not be paid on time. But that was just “post Feast let down” they said. There was always next year to look forward to. Every Feast had to be “The Best Feast Ever!”1

HWA Was to Restore All Things Before He Died

Oh yes, Herbert Armstrong finally and “reluctantly” accepted the title of the end-time Elijah. He was the one who was to “restore all things” before the end.

Did he? If you are in a splinter group, or have a loved one there, then you know that all of HWA’s teachings have to be “brought up to date,” or in some other way modified to keep them current. Even his 6,000 year plan is now said to be “just an estimate.” Really? He was, after all, so sure of that piece of “all things,” that the WCG felt required to drop it like a hot potato once the time limit had passed.

I was one that sat in focused attention and listened to Gerald Waterhouse describe in great detail just how it was all going to happen!! Hours and hours of detail were driven into our ears and hearts. How shocked we were when he turned against it all after Joseph Tkach Sr. introduced the changes![1995] However, no one ever came right out and showed us that the 6,000 year plan of God was bogus. Or if they did, we had already run after Gerald Flurry of Philadelphia Church of God.

For awhile, being in the PCG, it felt like “coming home.” It wasn’t long, though, before Gerald Flurry claimed to be “That Prophet.” That was strange, since he couldn’t make any predictions that came true. Once again, if something did not come to pass on schedule, it was merely “delayed.” Just how many “gun laps” are in a race? How tight can your belt be before you suffocate? Did I really “prove all things”? No. Was I led down a twisted path of distorted logic? Yes. Please, don’t let yourself be led any more. Pick up a computer or a Bible concordance. Really read everything about grace or salvation or the Gospel. Read it in context. Read the whole chapter or book. There are proofs and arguments on the Exit & Support Network™ site. Read them with an open mind. I have purposely not given a single Scripture. It was not because I couldn’t, but because I want you to go find them yourself.

I Am Now Free

I am now free from the mind control I received, but struggling to save my marriage. If it falls apart, I know that I will be just another casualty of the false teachings of a dead man.

One more thought. There is abundant proof that we were never the only “true church” to have the teachings of Herbert Armstrong. If you read through the articles available on ESN, you will see that all of his teachings came from other groups and were tweaked for HWA’s own advantage.2 Does that make me feel like a “patsy”? You bet it does. However, I have better things to do with the rest of my life than to sit here and stew over it. Others contort their brains trying to hold on to the “truths” they were taught. There were no “truths.” We were taken advantage of and cheated out of money and years.

I find it best to just accept that sad fact and move on.

I hope that God leads you to think for yourself and really prove all things.

“Be careful of any teaching that is new, it might not be true.” ~H. A. Ironside

Where is the True Church?

I Was Thinking of Becoming a Philadelphia Church of God Member

How Did Herbert W. Armstrong Recruit People? (the step by step process)

How Do I Receive Eternal Life?

1 Read: When We Attended the Feast (What did they do to our minds?)

2 HWA is known to have plagiarized / copied his doctrines from other religious groups; i.e., the Jehovah’s Witnesses, Mormonism (which has occult roots), and 7th-day Adventists, along with distorting historical church documents. See: Plagiarized / Copied Doctrine from Others. For evidence of HWA’s copying from the Jehovah’s Witnesses, read chapter three, Pt. 2 and chapter six of “Mystery of the Ages (a critical review)” [PDF] (search for the word “Watchtower”) and for his copying from Mormonism, see chapter two of the same review (search for the phrase “Latter Day Saints).

Back to Philadelphia Church of God Articles